Nowadays, 40G QSFP+ transceiver modules are widely deployed in optical network with various advantages, such as delivering excellent high speed optical/electrical performance coupled with low power dissipation. Using bundled fiber cables and MPO connectors, the port density of QSFP+ is triple that of SFP+. Moreover, the power consumption is reduced from 1000 mW maximum per lane for SFP+ to 375 mW maximum per lane for QSFP+. In order to further expand the portfolio of innovative parallel fiber optic transceivers, a new QSFP+ transceiver was launched, which is named 40GBASE iSR4 QSFP+ transceiver. The letter “i” refers to the ability of inter-operation. It is not only 40Gb Ethernet compliant, but also inter-operable with any 10GBASE SR compliant transceiver at link distances up to 100 meters over OM3 multimode fiber.

The release of IEEE 802.3ba-2010 standard for 40G Ethernet specifies the optical and electrical requirements for various physical layer link implementations. The 40GBASE SR4 PMD (physical medium dependent) variant defines a 4-lane parallel optical interconnect for operation over OM3 multimode fiber with transmission distance up to 100 meters. Each of the four lanes works at a data rate of 10.3125 Gbps which is the same serial bit rate that was defined for 10G Ethernet links.

The 40GBASE SR4 PMD addresses the need for 40Gbps interconnects in the data center. It takes advantage of the widely-deployed and low-cost 850nm VCSEL (vertical cavity surface emitting laser) technology. Because each of the 4 lanes in 40GBASE SR4 have the same serial bit rate of 10G Ethernet link, there is an opportunity for switching hardware vendors to utilize 40GBASE SR4 as 4 separate 10G Ethernet interconnects.

The standard of 40GBASE SR4 provides an opportunity to further address the growing need for bandwidth. It is not defined to be backward compatible with the preceding 10G Ethernet short reach interconnect standard. Although both 40G Ethernet and 10G Ethernet included a PMD definition for short reach VCSEL based optical links operating at 10.3125 Gbps per lane, interoperability cannot be guaranteed (see the picture below).

Figure 2: 40GBASE SR4 is not guaranteed to operate with SFP+ SR.

The following analysis of 40GBASE SR4 and 10GBASE SR specifications tells why inter-operability cannot be guaranteed over all specified operating conditions.

From the above chart, we could see that many of the transmitter and receiver specifications governing the 10GBASE SR standard are equal or more stringent than those for 40GBASE SR4 standard. This is not surprising because the 40GBASE SR4 specification is written to cover transmission links up to 100 meters, while the 10GBASE SR specification is intended to satisfy a maximum transmission link length of 300 meters over OM3 multimode fiber. Except the distance, the main specification gap preventing guaranteed inter-operability relates to receiver overload.

40GBASE iSR4 QSFP+ transceiver was released to tackle the issue of an overload condition when connecting a 40GBASE SR4 transmitter to a 10GBASE SR receiver. It is intended to be fully compliant to the 40GBASE SR4 specification but with a lower maximum transmit optical output power. The maximum specified output power has been lowered from +2.4 dBm to -1 dBm allowing it to interface with 10GBASE SR receivers without fear of overload.

The VCSEL design combined with superior laser programming and control algorithms allow for a reduction in the module maximum specified optical output power without compromising any of the module high speed electro-optic performance. And the result (see the following two charts) is a fully compliant 40GBASE iSR4 module which can interoperate with legacy 10GBASE SR transceivers.

40GBASE iSR4 QSFP+ transceiver provides an effective solution for users who seek to increase the capacity of their switching networks. With the reduced maximum specified output power, the QSFP+ iSR4 is able to support standard 40G Ethernet links up to 100 meters over OM3 and 10GBASE SR links over the same distances. The QSFP+ form factor increases the effective 10G Ethernet port count density by a factor of 3 over the standard SFP+, while allowing for a decrease in overall power dissipation. 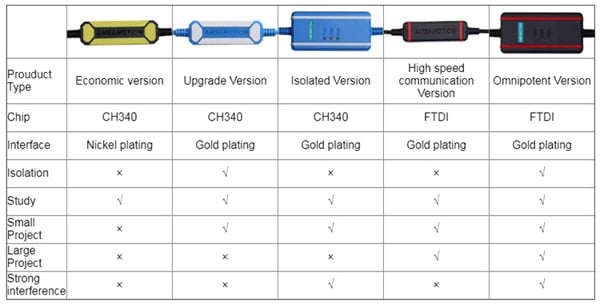